Evidence-based oncology aims to combine the best available (study-) evidence with clinical expertise and individual decision making in order to improve the care and outcomes of individuals with oncological diseases. The working group Evidence-based Oncology at the University Hospital of Cologne uses state-of-the-art methods and recognized standards in evidence-based medicine to achieve these goals in oncology and a range of topics in the field of internal medicine. The group’s methodological focus lies on clinical S3 guidelines (development of evidence profiles, risk-of-bias assessments, application of GRADE and Evidence-to-Decision Framework, MAGICapp), the preparation of methodologically complex and innovative systematic reviews and meta-analyses as well as research on and development of methods. 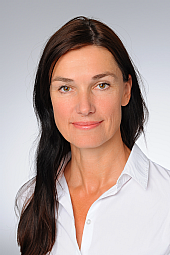 The clinical focus of the Evidence-based Oncology research group lies on the evaluation of methods for the prevention, diagnosis and therapy of adult patients with oncological diseases. Particular expertise of the group includes leukaemias and lymphomas as well as non-oncological haematological diseases such as aplastic anaemia, but also supportive therapies, stem cell transplants and the use of haematopoietic growth factors. In addition to primarily haemato-oncological topics, the working group also addresses other oncological fields such as breast cancer, renal cell carcinoma, prostate cancer and thyroid carcinoma.

A methodological focus of the working group is the development and dissemination of methodologically advanced and rigorous systematic reviews to evaluate medical interventions. As part of the Editorial Base of Cochrane Haematology, one of 52 review groups of the renowned Cochrane Collaboration, its focus is on the preparation and editorial support of high-quality systematic reviews, so-called Cochrane Reviews. As an oncological review group of Cochrane, it is part of the international Cochrane Cancer network, which is led by Senior Editor PD Dr. Skoetz.

Another area of expertise of the working group is the preparation and coordination of clinical guidelines. The group is particularly specialized in guidelines that are based on the best available evidence and are produced as a result of the cooperation and coordination of leading clinical experts and thus are considered to provide the highest level of evidence (S3 guidelines). Together with national and international professional associations, the working group coordinates a large number of these projects and provides methodological expertise and evidence-based support. Finally, the members of the working group contribute significantly to the further development of evidence-based methods within the framework of international cooperations and networks.

Innovative review methods applied by members of Evidence-based Oncology include, among others:

When developing and conducting clinical guidelines, the members of the working group use the Grading of Recommendations Assessment, Development and Evaluation (GRADE) approach. They are experts in the use of the respective well established as well as innovative instruments for the evaluation and communication of existing evidence, for example:

In an executive and coordinating manner, the working group contributes, inter alia, to the following guidelines:

As supervising methodologists, the members of the working group participate in the following guidelines, among others:

Assistant Professor Dr. Skoetz and her team focus on methodological research, among others:

In both, their clinical and methodological activities, the members of the working group work closely with other experts and international organizations, for example:

Patients and patient representatives are also involved in Cochrane Reviews. Participation helps to ensure that the perspective of people who are themselves affected by the health problem under investigation is taken into account in the following steps of the review process, among other things: